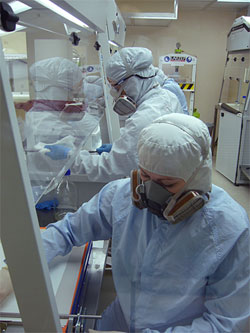 Tissuemed’s tremendously committed manufacturing people are producing record numbers of TissuePatches in order to meet the growing demand for our products. In a record day for production the team performed the casting operation to produce two thousand patches in one day on Wednesday, January 7th. This far outstrips our previous record.

It’s no understatement to say that this is a fantastic achievement and one which the team should be extremely proud of. The ability to make such large quantities is also a direct consequence of superb work in developing scale-up models in the R&D group over several months.